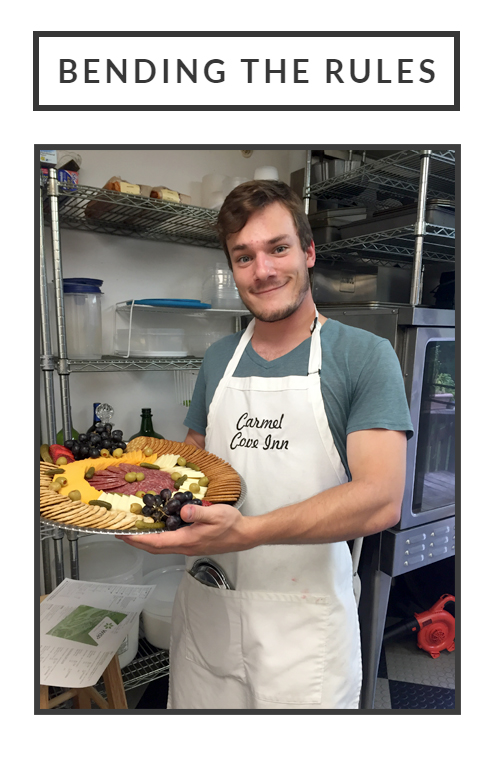 You may be thinking to yourself, “Why would anyone write about an airport bar?” Well this is not just any airport bar. This is the airport bar. It has a special place near and dear to my heart.

I have played on the University of Pittsburgh Ultimate Frisbee team for five years. Our most important pre-season tournament is the Florida Warmup, which takes place on the University of Southern Florida campus every February. Each spring the team flies down to compete against some of the best teams in the country, in a tournament that sets the tone for the entire regular season. Since we care so much about our fake sport, we refrain from drinking for the week before, and the duration of, the tournament.

The Sunday of the tournament is always a brutal day. We wake up at 6am, and go right into bracket play. Going from the arctic tundra that is Pittsburgh in early spring, to running around under the sweltering Florida sun, is never a pleasant experience. By the end of the day we are all drenched in sweat, sunburnt to a crisp, and covered in turf burn. There have been years where we have walked away champions, and other times we get stomped and walk away defeated. Win or lose, the worst part is having to catch a flight back home immediately after the games. Unfortunately, we all have classes and lectures the following day.

Cue Cigar City. To us, it’s more of an alcoholic oasis than an airport bar. After a week of not drinking, and two days of running our legs into the ground, it is just what the doctor ordered. After the games, we all rush to the vans just to get to the airport a tad early. I’d be lying if I said it wasn’t in the back of my mind during our last game. Anyone of legal drinking age on the team basically sprints to security checkpoint, with hopes of maximizing pre-flight drinking time.

Finally, the time has come. My sore legs trudge up to the bar. I toss my heavy bag full of putrid smelling, sweat-covered uniforms to the ground. A bar stool has never felt more comfortable. It’s not what I want, it’s what I need. There is only one thing my mind is on in this moment. I am drawn to it, like a moth to flame. Two words. One beer. Jai Alai.

The nectar of the gods. An India pale ale conjured with dark magic. I’m still convinced the brewers sold their soul to the devil to obtain the secret of the hop. I accept that I may be biased because of how much I am craving beer after the tournament, or by how dilapidated of a state my body is in. Regardless, Jai Alai is to this day one of the top five IPAs I have ever tasted. It pours a deep copper color, and emits a floral and piney aroma. It packs a hoppy punch, but is still very drinkable. This IPA is crisp, with a slight citrus aftertaste. Jai Alai carries a beautiful mouthfeel, and sips nice and thick. A dense, foamy head greets you on the first sip.

It is named after a lesser known sport originating in the Basque region of Spain. Apparently it was once popular in the Tampa area, but has declined in popularity as of late.  Now this beer is some of the only Jai Alai enjoyed in the region. It is nicknamed “the fastest sport in the world” because of how quickly the ball can travel (up to 180 mph!). This is ironically suggestive of how fast the beer travels into my mouth.

Yes, it’s technically an airport bar. However, only to the extent that it is a bar…located inside of an airport. I’d like to think it transcends the negative image that the cringeworthy label conjures. Usually, airport bars are named some atrocious pun or play on words related to the area. They shove Sam Adams or other light beer in your face trying to get you drunk enough to spend money on overpriced, greasy appetizers. Cigar City is about as classy as a place as you will find in a terminal. They put the focus on the beer, and they fact that they’re a craft brewery. The bartender is knowledgeable and friendly. There are plenty of tables, which is a lot better than being crammed in stadium seating at the gate. They want to get the message across that craft brewing is alive and well in Tampa, and it’s damn good too. It allows travelers to get a little glimpse of local flavors during a layover, and obviously get a little buzz on before stepping onto the plane.